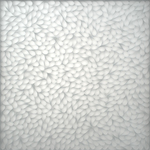 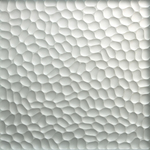 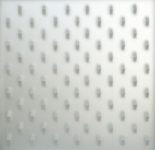 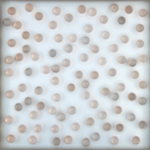 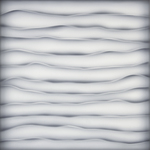 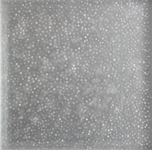 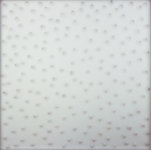 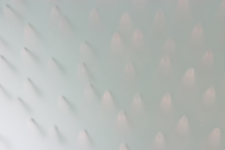 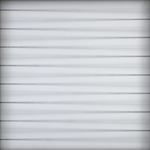 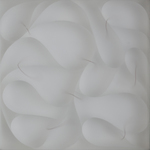 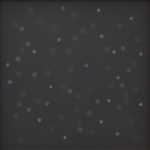 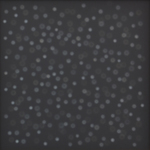 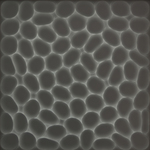 These mixed media works incorporate light as an active medium. The three-dimensional wall-mounted boxes contain various reflective objects within. The objects are then covered by satin glass. The glass blurs and distorts the objects behind, causing them to become an abstracted version of themselves. The degree of distortion depends on the object's distance from the glass. This transforms the objects into an all-over patterning of light and shadow, while simultaneously creating an illusion of two-dimensional space.

It is a natural tendency for the mind to want to understand that which it is looking at. This happens initially through the process of naming. These boxes reveal and conceal at the same time, pushing the mind into the experience of immediate perception, before naming arises. The closer the viewer gets to the piece, the more obscured the objects behind become. In this way, the pieces request of the viewer to simply be with the pieces, to perceive them as they shift and change with movement and light.